The Puerto de La Libertad was founded in 1927 and it is the first comercial port of El Salvador, back in the 50's it was an international tourist destination; it was visited mostly by nomad surfers that adventure themselves looking for perfect waves. The port and its infrastructure was damaged back in the civil war last decade; and now, with the help of the government and the tourims, is working in its development of this part of La Libertad, it forms part of an ambitious project which is now a few steps of being totally reconstruct. The craft fishing it is the mainly icone that is given to the port because of history and tradition. Near by you could also find restaurants at the beach shore where you could try the local gastronomy based on different seafood of the zone.

The main surf spot in La Libertad is Punta Roca, the best wave in the country!, around La Libertad you also find other spots with good quality as Playa La Paz that is the last section of the main Punta Roca but it become in a different spot when the swell is small and it doesn't connect both waves, other spots with good surf is Las Flores, a different spot from the east but with the same name, also known as Fishermans because of a Beach Club namede like that infront of this spot.
Punta Roca is a World Class wave the best of the country and one of the best waves in America, long right hand wave, powerfull and hollow, for intermediate to advance surfers, is a spot that can handle big swells and where you will find the best surfers in the country, this wave is not consistence as other ones with less quality, it sleeps during the rain season, it get flat for sevaral months at the year, since the end of november until march, as soon the first swell start to come with the rain season in the Pacific, the amazing Punta Roca start to wake up and all the surfers as a religion come and enjoy giving it the best wellcome back riding some waves. The localism exist like any other great spot in the middle of a city but there is always some hours in the day when is totally uncrowd, most of the time locals just surf during the mornings and the weekends, the afternoon session is a good choice if you want to ride the best wave of the set. 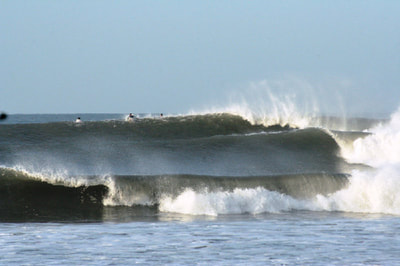 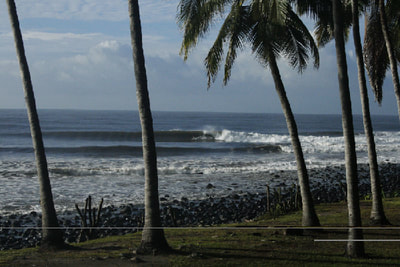 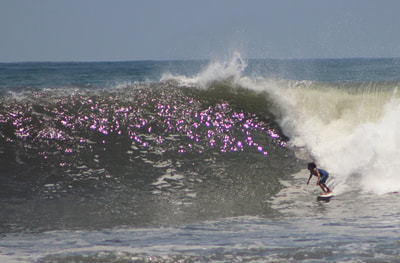 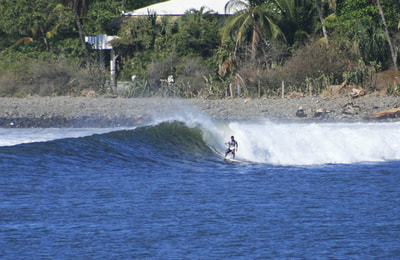 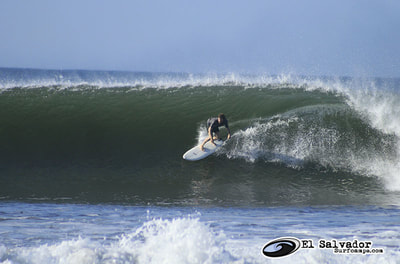 Punta Roca is not  consistence wave as other like Sunzal, k59 or El Zonte pointbreak, Punta Roca is a spot that need strong swell, from medium size waves around 5 feets to up, when the swell is small this break can get totally flat, from end of november to the first week of March, Punta Roca can be sleeping most of the weeks, with luck we get some strong small swell that can make the wave pick up for a few feets, as soon the wave season start in March, Punta Roca become into the fantastic wave, being the best time probably June and July.

where to stay at Punta Roca